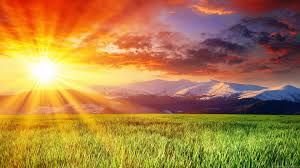 Neil deGrasse Tyson is a man of faith.
When I was flipping channels last week, I happened on Neil deGrasse Tyson in debate with a Jesuit priest over the difference between faith and science. At least that was the frame that Dr Tyson put on it. I wish I had a link to a clip of the show, but all my searches have turned up naught. If you have a link to the show, please leave it in a comment. Thank you.
Anyway, Dr Tyson argued against faith and for science. Science, according to Dr Tyson, is based on evidence and reason. Faith, according to Dr Tyson, is based on assertion. Dr Tyson's argument boils down to show me the money!
Don't get me wrong. I like Neil Tyson. I think he is affable, personable, and likable. He has accomplished much. And he makes strong arguments.
When arguing science against faith, it is necessary to know what 'science' is. 'Science' comes from the Latin 'scientia', meaning knowledge. The American Heritage Dictionary defines science as --


1. a. The observation, identification, description, experimental investigation, and theoretical explanation of phenomena: new advances in science and technology.

b. Such activities restricted to a class of natural phenomena: the science of astronomy.

2. A systematic method or body of knowledge in a given area: the science of marketing

Notice there is nothing in that definition about a search for truth. Science is not about the search for truth. Science is about the quest for knowledge. Knowledge is that which makes our universe comprehensible.
Dr Tyson argued in favor of science. The priest answered by saying there are two ways to seek knowledge: 1) by systematic discovery (science) and 2) by revelation.
At that point, I had to leave, so I turned off the TV. But the priest's answer planted a germ of thought in my widdle head.

I meditated and pondered on the priest's answer for days. I have reached the conclusion that almost all our knowledge is gained by revelation.
Put aside God and a Higher Power and Holy Scriptures and the Bhagavad Gita and all that. Let us restrict ourselves to the subjects that are taught within the college of sciences at universities.
How do you know the structure of DNA is a double helix?
How do you know that a water molecule is composed of two atoms of hydrogen and one atom of oxygen?
How do you know that the Earth orbits the Sun?

You know these things by revelation.

Someone told you these things, presented them to you as established facts.
Someone revealed these things to you.
Let's take the last question: How do you know that the Earth orbits the Sun? Can you yourself demonstrate this without resort to any authority; that is, books or astronomers.
Unless you are an astronomer yourself, you cannot. Astronomers themselves could not do so until 300 years ago when the optical quality of telescopes improved enough to give them good resolution. And the proof was not trivial and depended on the eccentricity of the orbit of Mars.
Most of what we know, we know by revelation. Someone else has made the observations and changed humankind's view of the world. We have faith that that someone gave a true and honest report. If he did not . . . well, we are well and truly screwed.
Albert Einstein depended upon the accuracy and honesty of Albert Michelson and Edward Morley. Einstein took the results of their experiment at face value and from those crafted his Theories of Relativity.
What if Michelson and Morley had not been honest? What if, through no fault of their own, their instruments were inaccurate? What if the transcription of the results was in error? There is an historical example of errors in transcription.
Nicolaus Copernicus was hampered by the fact that the astronomical tables he used to build his model of our planetary system were, in fact, wrong. Errors had crept in when the books were copied. Because everyone used the same tables, nobody realized that they were wrong until Tycho Brahe ordered Johannes Kepler to confirm their accuracy. (I suspect Brahe gave Kepler the assignment to punish him with the execution of a menial task. It is certain Brahe did not know that the results of the task would revolutionize astronomy.) (Despite what Wikipedia says, Copernicus did not put the Sun at the center of the planetary system. He put it near the center, but even the Sun orbited the center of the Copernican system.) For an exposition of how humankind stumbled to its current understanding of who-orbits-what see The Great Ptolemaic Smackdown and The Great Ptolemaic Smackdown and Down-and-Dirty-Mud-Wrassle.
The fact is that you cannot eyeball the Sun's path across the sky and by that and that alone determine that the Earth orbits the Sun rather than the other way around. No. You need observations of planets taken over a period of years to an accuracy of four decimal places combined with a philosophy that prefers one all-encompassing rule to six partial ones.
It is doable, but it ain't easy.
Which is why Neil deGrasse Tyson is a man of faith. He has not done the observations and run the mathematics to show that a heliocentric model of our planetary system is preferable to a geocentric model. Someone told him it was so, and Dr Tyson believed him. Dr Tyson had faith.
What if the guy was a self-serving liar? Or just had bad data?
We live more by revelation than by science. It has always been so. It will always be so.
As it was, is, and shall be, world without end. Amen.
Posted by antares at 1:18 AM